Work worth Rs 987 crore for the construction of Dholera International Airport will start after Dussehra. In the first phase of the joint venture between Gujarat and the Government of India, in the first phase in the year 2021, there will be constructions including 8,000 meters runway, 6 fire stations and aprons to keep the aircraft. The construction of the airport for the future city for industrial and commercial activities is targeted to be completed by December 2024. 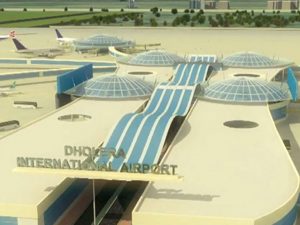 According to information received from the Gujarat Industrial Development Board, the state government has already started the process of construction of a 100 km six-lane highway between Ahmedabad and Dholera at a cost of Rs 3500 crore.

The Metrorail project in Gandhinagar and Ahmedabad will be completed by the year 2024, after which work will begin to connect Dholera to Ahmedabad by rail with goods and civil transport services. Not only that, Ahmedabad Airport traffic will also be diverted to Dholera. In order to accelerate the aerospace ecosystem in India. 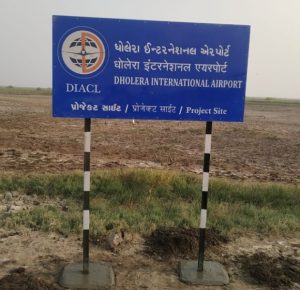 Before the Lok Sabha elections, 3 projects of PM will be nearing completion.

The entire work of Metrorail project in three cities namely Ahmedabad, Gandhinagar, Surat will be completed by the beginning of the year 2024. While in Rajkot, work is going on with the target of making AIIMS fully operational as well as construction of Dholera Airport by December 2024. The term of Prime Minister Narendra Modi’s government will end on May 2024.