World’s longest Kalpasar project will built at Gulf of Khambhat

The world’s longest dam will be built in the Gulf of Khambhat! Interesting information about Gujarat Government’s Dream Kalpasar project.

The Meaning of’Kalpasar’ is “A lake that fulfills all the wishes”. The word Obtaining from Hindu mythological ‘Kalpa Vriksha’ – wishing tree.

This impressive scheme called Kalpasar yojna is look on and developed by utilizing the concepts of two most successfully  implemented projects in the world.

Most of the studies have been completed in Kalpsar Dam Yojana, the largest dream project of the Gujarat government since the establishment of the state of Gujarat and now the state government has submitted a detailed project report DPR to the National Institute of Ocean Technology (NIOT) under the Union Ministry of Earth Sciences. DPR),.

After which the state government intends to start concrete work in this project. Under the proposed mega project, the world’s longest dam of 30 km between Bhavnagar and Dahej in the Gulf of Khambhat will be constructed. Behind this whole scheme, It is estimated to cost over Rs 92,000 crore.

According to Babubhai Navlawala, Advisor to the Chief Minister on Water Resources, “Out of the total 33 study reports in the Kalpsar dam project, 28 have been completed and the remaining five are now nearing completion, so (NIOT) National Institute of Ocean Technology has been approached for DPR. After receiving the proposal from him.

the work of DPR will start by him and after receiving the report, the work of the project will start. According to the Kalpsar division, Rs 150 crore has been spent, though the billions of rupees spent in the name of the project under the Keshubhai Patel regime have not been taken into account. 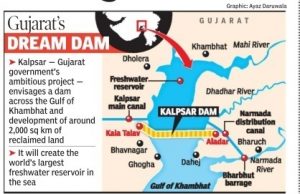 Asked about the environmental impact of the proposed project, B.N. Navlawala says, “Even though the preliminary report on environmental impacts was prepared in 2005, it is 15 years old and now it has no significance. Now the DPR will be prepared.” It will be known when it comes to Environmental Impact. With the completion of studies in this dream project, which has been running on paper since 1995, large-scale financial planning for the project is likely to be largely in the state government’s budget for 2021-22.

Important Aspects of the project 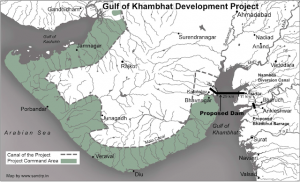 Advantages of This Projects: