Sanjay Vibhakar (Ahmedabad): The dream of the then Chief Minister of Gujarat and current Prime Minister Narendra Modi to build a new city called Dholera is about to come true. The new city will be the first green field city in the country to have such a facility, beating Tokyo, Shanghai, Singapore or even London. In the near future, an investment of Rs 1 lakh crore is expected in Dholera alone and due to this, one lakh people are likely to get new jobs. Red carpets are laid in Dholera for small and big industries from home and abroad to start plants. 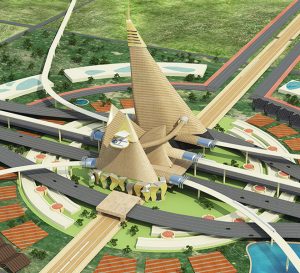 World class infrastructure has been set up at Dholera about 100 kms away from Ahmedabad. The best companies from around the world are being enlisted for setting up some facilities for various industries other than chemical. There are sheds of trees on both sides of the road. There is a network of 4 lane roads

All the basic wiring lines like gas line drainage internet are already kept underground. There is also a separate rainwater disposal system. The total length of storm water drainage is 138 kilometers. A portable and recycled water plant with a capacity of 20 million has been set up. Smaller houses will also be built to house the workers.

In many places in Dholera, facilities have been set up for charging of large garden electric vehicles. Road system has been set up so that there will be no traffic problem in any place. No dirt or pits will be seen anywhere in Dholera. Central Command and Control Center The alarm will go off and help will be sent immediately from there.

Any industry setting up a plant here will not have to dig a single small pit. A five thousand megawatt solar power plant is being set up so that there will be no problem of electricity. In addition, companies do not have to rush to different places to get approval. With a single window system from a single building, the industry will get all kinds of approvals very quickly. Many companies in the country have decided to set up their own plant in Dholera. An international airport is also being constructed in Dholera. The tender process is complete. Apart from the two runways, work on the 6-lane road is also in full swing and work on the 35-kilometer railway line to Dholera will begin soon. In order to reach Dholera from Ahmedabad, road, rail and air connectivity will be available.

Gujarat to announced policy for the Semicon City at Dholera 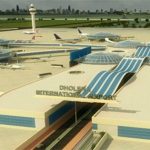