From land fielding in the Dholera Special Investment Region, work is in full swing to make Gujarat industrially prosperous. The road which will be completed in two years will be extended to Bhavnagar. According to sources, the specification of this road will be even better than Ahmedabad Baroda Expressway. The estimated cost of construction of the road will be Rs.3167 Cr. 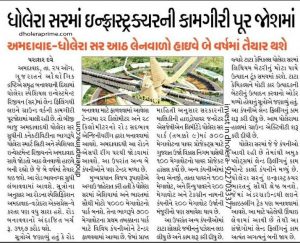 Vijay Rupani had earlier announced that Dholera SIR would be the largest 5,000 MW park in Asia and India. Sources said that in the tender allotted for the construction of the road, 22 km and 28 km of the road will be constructed by Sadbhav Engineering. The road will be connected from Ahmedabad to the SP Ring Road. According to the information received, the government-owned hydro power generator SGVN Limited has secured a 100 MW power project from Gujarat Energy Development Corporation for a no power project in Dholera Sir Park. Also included is the approval of 500 MW of solar power. 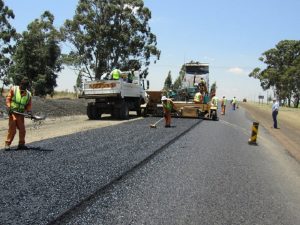 Among other companies, Tata Solar has taken up land pollution and started work while Tata Chemicals will soon start mass production of batteries in Dholera Sir. Tata Chemicals and a major car manufacturer have received orders to manufacture batteries, sources said. The company has started the work of land ceiling. Thus, ground activity has been started in Dholera at present. Among the companies that are coming, landing work has been found in some plots by Monte Carlo Company. Dholera Infrastructure of India.