Gujarat’s first public “data park” to be set up at this place in the state, a new government initiative to attract foreign companies in Vibrant.

The Gujarat government will now launch a data park facility to attract foreign companies during Vibrant Gujarat. Millions of Gujarat’s social media-e-commerce user data will be collected. An integrated center for all data will be set up. A state-of-the-art data center will be set up at Dholera Sir in the state which will be the first public “data park” of Gujarat at Dholera Sir. 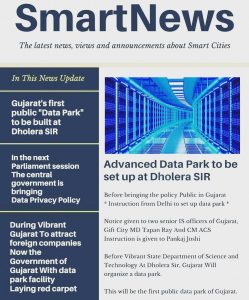 Importantly, the central government is introducing a data privacy policy in the next parliamentary session. Before bringing that policy, Delhi has been instructed to set up a public data park in Gujarat. Two senior IAS officers from Gujarat have also been informed about this.

Gift City MD Tapan Ray and CM ACS Pankaj Joshi have been notified in the matter. Before Vibrant, the state’s science and technology department will organize a data park at Dholera Sir in Gujarat. This will be the first public data park in Gujarat. Preparations have been started to set up a data center in Gujarat after Tamil Nadu. The state government has started operations under the policy of the central government. 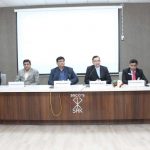