Dholera will be the third firing range in the country. There are two testing ranges in the country so far, the first being Pokhran and the second being Balasore. 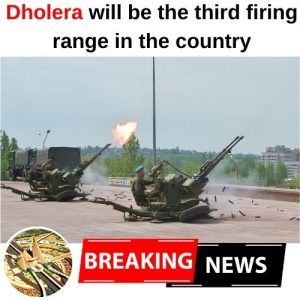 Dholera will be the third firing range in the country

As per news source A special range for the Air Force will be ready in Dholera soon, along with Dholera is also going to be the largest airport in Gujarat. Metro service will also be available to reach Dholera. New Air Force weapons to be tested A special airstrip for the airport will be set up in Dholera. In the recent budget the central government has emphasized on batteries and batteries operated vehicles.

There is also talk of Tata investing around Rs 4,000 crore in Dholera for the emphasis on electric vehicles. The country’s third fire will be in Dholera. Metro train service to reach Dholera in Gujarat and Gujarat’s largest airport.

About Dholera: Dholera smart city is a platinum rated Greenfield (new) city under construction near Ahmedabad. It is based on Singapore & Shanghai development model.

to read all this news visit – dholera current update status  2021