Dholera is visited by British Deputy High Commissioner to Gujarat and Rajasthan.

Dholera is visited by British Deputy High Commissioner to Gujarat and Rajasthan.

British Deputy High Commissioner to the State of Gujarat and Rajasthan, H.E. Peter Cook visited Dholera and held talks with officials and delegations involved with the UK’s infrastructure regarding investment in India’s largest greenfield smart city at the time. 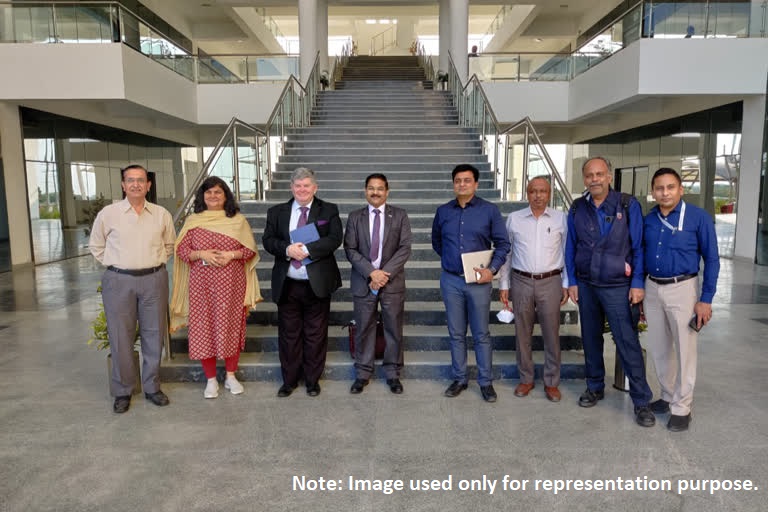 Image used only for representation purpose.

Dholera, known as the largest land parcel in South Asia.

Known as the largest land parcel in South Asia, Dholera is the Delhi-Mumbai Industrial Corridor. Which is located at the next global integrated multi-modal logistics hub. The Greenfield Industrial Smart City has integrated its numerous initiatives, which will significantly benefit potential industries in the Vibrant Economic Corridor and create many investment opportunities. Officials at Dholera presented a demonstration to the British Deputy High Commissioner on the role of the special investment sector in the state’s economic structure and its contribution to the country.

Dholera is an international destination for investment

IAS Harit Shukla, Managing Director, Dholera Industrial City Development Limited (DICDL), said, “We welcome British Deputy High Commissioner HE Peter Cook to Dholera and thank him for his wonderful insight into the industry. , Is an international investment destination for auto and auto ancillary, pharma and biotech, agro and food processing and many other industries. Which will act as an aggregator for India’s economic development.

Promoting the Ease of Doing Business

The visit focused on the efficiency growth of Greenfield Industrial Smart City and the various measures taken to promote Ease of Doing Business, as well as the adoption of technology to enhance the efficiency and quality of business in Dholera.

UK businesses will be interested in investing in Dholera

British Deputy High Commissioner at Ahmedabad H. E. Peter Cook said it is very interesting to visit Dholera and explore the mutually beneficial opportunities. There is a lot of potential in Dholera that will interest UK businesses. We will definitely take this further by discussing further with industry officials in the UK. Dholera is the first greenfield industrial city. Which is being set up to meet the requirements of Industry 4.0. The establishment of such a special investment zone will further accelerate its holistic development and give Gujarat a boost in May

Peter Cook served as the Managing Director of the British Chamber of Commerce in Qatar before his tenure in Ahmedabad as British Deputy High Commissioner to Gujarat and Rajasthan and has had a long and varied career with the UK Foreign and Commonwealth Office (FCO). He has served as Consul General and Director of Trade in Belgium, the Netherlands and Luxembourg. He previously served as Deputy Consul General in Istanbul and Deputy Director of Trade and Investment in Turkey. He is from Denmark.

How Investing in Raw Land can be a Money Maker