Defence Expo 2022, a major exhibition of equipment related to the country’s security, is going to start from Tuesday(18th october 2022) in Gandhinagar. For the first time, only indigenous companies are participating in this ex-formation to become self-reliant in the defence sector. 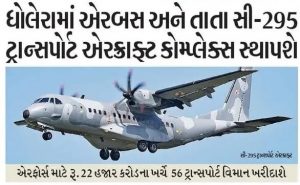 The same foreign companies will participate in this expo, which have joint benchers with major Defence companies of the country. Under this campaign, 56 C295MW transport aircraft are being purchased from Airbus at a cost of ₹ 22,000 crore for the transport fleet of the Indian Air Force. Special investment will be established 16 will be ready ply from Adbus Defence and Space and Tata Advance System Limited and 40 will be assembled.

The reason for setting up the complex in Dholera.

The first reason is that it is near the Delhi Mumbai Industrial Corridor where the international airport is being constructed. Supply line will also be easy due to having a port in Gujarat. Following this plant, more than 25,000 jobs will also be created in the next 10 years, including 10,000 skilled workers. After this deal, the possibility of large global companies in the private sector also setting up plants with Indian companies will increase.

After HAL, it will become the country’s first private sector aerospace complex.

It has also been prepared to announce it during the Expo before the Gujarat assembly elections. The decision of the central government to set up the plant here is considered a master stroke. After Hindustan Aeronautics Limited, the aerospace complex will be established in Dholera for the first time in the private sector in the country. 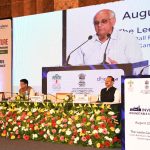