In Gujarat, one of the fastest growing economically, industrially and socially leading countries in the country, some ambitious projects like Metro Bullet Train in the form of Motor Aerodrome Service are going to be implemented along with the country’s Sea Plane service. Prime Minister Narendra Modi announced the new project at a ceremony on Monday. Shri Narendra Modi said that for the connectivity of the airport to be built at Dholera near Ahmedabad, approval has been given for the mono rail project between Ahmedabad and Dholera. 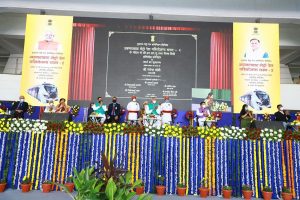 The Prime Minister said that the work of the important project of the country’s first Heritage City is in progress. At the same time Dholera has also been given an airport and will be connected by a monorail. Similarly the project of Ahmedabad Surat Mumbai Bullet Train is also in progress, which will prove to be important for Gujarat and also in the field of development.

Prime Minister Shri Narendra Modi has taken a historic step towards connectivity by connecting the country’s largest commercial hub Ahmedabad and Surat with metro rail facility, which he hopes will give Gujarat a distinct identity in the years to come. 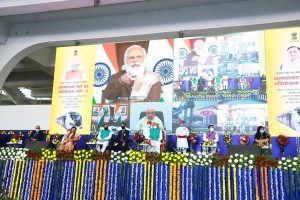 The pace of development of two important economic metros will be accelerated to realize the dream of a self-reliant India: PM

In the past there was no modern scheme for metro rail. We made metro rail policy through maximum use of technology.

He added that past governments did not have any concrete plan for infrastructure in cities and there was no specific policy. Cities plan metros in their own way, so we went ahead and built metropolises to connect with states and other connectivity.

On this occasion, the Prime Minister lauded the progress made by Surat and rural development works have been undertaken in Gujarat along with urban development and modern infrastructure projects, expressing his happiness over this and congratulated Team Gujarat.