GANDHINAGAR: The work of the Dholera Special Investment Region (SIR), an intelligent industrial city and one of the dreams of Prime Minister Narendra Modi, is nearing completion, Prime Minister Vijay Rupani said at a press conference on Wednesday.

In a written reply to a question from Dhandhuka MLA Member Rajesh Gohil, who wanted to know about the status of the Dholera SIR project, CM said, Ordinary general meetings are held to speed up the remaining work. “The project was supposed to be completed by September 2019. 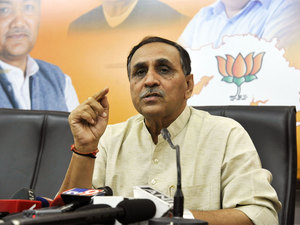 Manoj Das, secretary general (ACS) at CMO and the ACS department, industry and mining sector, said, “Dholera SIR local work, as approved by the Indian government and the national government, is now about to end, so we started angrily marketing the project worldwide. More than Rs 2,800 has been spent so far on upgrading the DHLERA SIR to create industrial connectivity and play infrastructure. The basic infrastructure of all roads, the construction of open spaces, the collection of rivers, the planning of buildings, the cleaning of sewage and all major work has been completed or are nearing completion. We are now ready to provide plug-and-play services to all types of investors.”

He added that with the implementation of the SIR, other projects such as Dholera International Airport, Dholera-Ahmedabad-Expressway and the Dholera-Ahmedabad monorail project have also been launched, which will continue to attract investment in the coming days. “We have received important investment proposals. We are also developing the Gujarat-Special Education Region (G-SER) Dholera Special Investment Region (DSIR) in PPP mode,”he added.